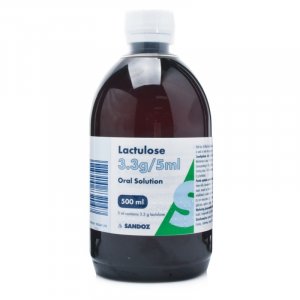 Lactulose Solution is a proven remedy to help relieve constipation.  A change of diet, a lack of exercise, ignoring the urge to have a bowel movement, some medications and some diseases can all impact on your risk of constipation. It is important to remember that constipation can become serious if left for too long without treatment.

Lactulose Solution softens stools and promotes their movement through the bowel. It may take between 24 and 72 hours before normal defecation occurs. Increasing fibre intake in your diet, drinking plenty of fluids and exercise can be helpful in treating and preventing constipation.

Lactulose is a synthetic disaccharide, a sugar molecule composed of two smaller sugar molecules bonded together, in this case fructose and galactose. It is not metabolised or absorbed by the body. Rather, the bacteria in the colon or large bowel break the lactulose down into acids. These acids pull water into the colon and soften the stool. Peristalsis, the movement of the food through the intestines, is also promoted through the actions of lactulose. Bowel evacuation becomes much easier as a result.

Adults and adolescents over 14 years:

Use only as directed.

Incorrect use could be harmful.

If symptoms persist, consult your doctor.

The prolonged use of laxatives is undesirable.

You should carefully read all product packaging and labels prior to use.

3.35g of lactulose, lactose and galactose. 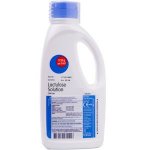