Please order before 3.30pm. We only ship Monday to Friday.  Orders received after 3pm on Fridays will not be shipped until the following Monday.

Do You Need To Buy Emergency Contraception?

Offers emergency contraception within 72 hours of unprotected sexual intercourse or failure of a contraceptive method.

It's a fact of life that accidents happen with contraception. Perhaps you are on the Pill and forgot to take it? Maybe you have been sick and you're wondering if the Pill will still work? Possibly you were using a condom and something went wrong?

If you're anxious because you've had unprotected sex or concerned that you may be at risk of pregnancy, Emergency Contraceptive (the morning after pill) can be the answer to your worries.

If you think you may need emergency contraception it's important to act quickly - within hours rather than days.

What is Levonelle One Step®?

Emergency Contraceptive is also known as 'the morning after pill' but you can take it up to 3 days (72 hours) after unprotected sex to prevent pregnancy.

The earlier you take Emergency Contraceptive morning after pill the more likely it is to work, so it's important to act quickly, in hours rather than days.

How does the morning after pill work?

It's still not fully understood how Levonelle One Step® morning after pill works because it depends on where you are in your cycle.

Will Levonelle One Step Morning After Pill Work?

Provided you follow the instructions, Emergency Contraceptive is 95% effective within 24 hours of having unprotected sex, 85% effective between 25 - 48 hours and 58% between 49 - 72 hours. There is 1 tablet in the pack, which its important to take as quickly as possible.

After taking Emergency Contraceptive morning after pill, most women will have a normal period at the time they expect but sometimes, your period might come earlier or later than usual. It can also be lighter or heavier than usual. Or, you could have some 'spotting' until your next period.

Emergency Contraceptive is not 100% effective and will not prevent pregnancy in every woman.

I want to take care of my sexual health

Anyone can make a mistake with contraception and no matter how careful you are, things can still go wrong. When you get a scare, you can feel really upset and worried about the prospect of an unplanned pregnancy.

While emergency contraception is designed to cover you in situations like this, it is not meant to be used as a regular method of birth control and it does not give you any protection from sexually transmitted infections.

If you are sexually active, it's really important to take good care of your sexual health, firstly by having safe sex, and secondly, by choosing a long-term method of contraception that suits you.

Can be sold to women over 16 years.

How to take Emergency Contraceptive Pill

-    Take the morning after pill tablet as soon as possible, preferably within 12 hours, and no later than 72 hours (3 days) after you have had unprotected sex.

-    Swallow the tablet whole, with water if necessary. Do not delay taking the tablet. Emergency Contraceptive works better the sooner you take it after having unprotected sex.

-    If you are already using a regular method of contraception such as the contraceptive pill, you can continue to take this at your regular times.

Always use Emergency Contraceptive exactly as your pharmacist/doctor has told you. You should check with your doctor or pharmacist if you are not sure. This medicine is not recommended for use in children.

KEEP ALL MEDICINES OUT OF REACH AND SIGHT OF CHILDREN.

PLEASE READ ALL PRODUCT PACKAGING AND LABELS PRIOR TO USE.

Before you take Emergency Contraceptive...

Not recommended for women under the age of 16 years without medical supervision.

Do not use Levonelle One Step if:

-    If you are allergic (hypersensitive) to any of the ingredients of Levonelle One Step.

If any of the following points apply to you, tell your doctor before you take Levonelle One Step:

-    You are pregnant or think that you may already be pregnant, as this medicine will not work if you are already pregnant.

-    You have severe liver problems

-    You have ever had a disease called salpingitis (inflammation of the Fallopian tubes).

Some medicines may interact with Leveonelle One Step® and reduce its effectiveness.  These include:

In some cases, it will be possible to take Levonelle One Step®, provided you have spoken to your doctor, family planning clinic or pharmacist first.

You should contact your doctor or pharmacist before taking Levonelle One Step® morning after pill if you are on or require medication, for the treatment of a medical condition, or for any other reason.

Levonelle One Step contains lactose monohydrate. Patients with rare hereditary problems of galactose intolerance, the Lapp lactase deficiency or glucose-galactose malabsorption should not take this medicine.

KEEP ALL MEDICINES OUT OF REACH AND SIGHT OF CHILDREN.

PLEASE READ ALL PRODUCT PACKAGING AND LABELS PRIOR TO USE. 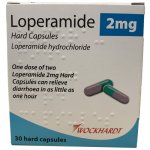 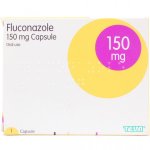 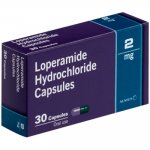 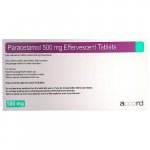 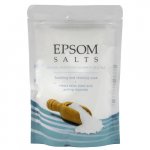 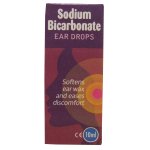 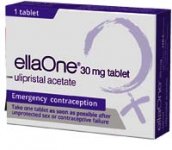 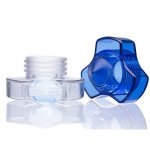