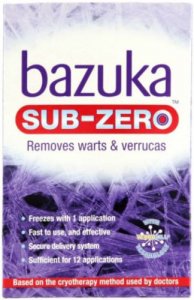 Bazuka Sub-Zero is a home 'freeze' treatment for warts and verrucas based on the cryotherapy method used by doctors.

- warts and verrucas are small excessive growths of skin caused by a type of virus. warts often occur on the fingers, or on the back of the hands. the common wart is recognisable by the rough cauliflower appearance of the surface.

-verrucas occur only on the sole of the foot or underneath the toes. they can be painful and often look like a white ring of skin with a black dot in the centre.

- the virus is very infectious., warts can grow and spread. the virus can also be transferred from one person to another.

BAZUKA SUB-ZERO works by quickly freezing the wart or verruca to its core, causing the formation of a blister underneath the wart or verruca, which helps it to loosen and fall off, often within a couple of weeks or so of freezing. revealing new, healthy skin underneath.

- the kit includes an aerosol can containing the freezing agent, 12 disposable foam applicators,a dome-shaped safety cap, imprinted with ON and OFF.

How to use: Firstly, it is very important that you read the instruction leaflet fully before use and are using this product only on recommended areas.

Before treatment: soak area in warm water and file down surface with file or pumice. The device has to be assembled correctly in order to work. This is simple to do. Place a foam piece into the nozzle followed by the protective cap. The device will only depress if the arrows on the cap and aerosol align to the "on" position. Once this is done push down to discharge the freezing agent into the foam applicator. Then apply to wart or verruca for the suggested time.

After treatment: Please be aware that with all freeze treatments, blistering, redness and tenderness is most likely to occur. Do not pop the blisters or pick at the treated area. Instead keep the area clean and protect it with a plaster.

Do not use Bazuka Sub-Zero:

On children under 4 (but please bear in mind this may be very painful for any child).

If you are pregnant or breast feeding.

If you have diabetes of suffer with poor blood circulation on your hands or feet.

Anywhere on your face, neck, armpits, breasts, bottom or genitals.

On birthmarks moles with hairs growing from them or any other spots.

Along-side any other type of wart/verruca treatment.

Important! Store in a cool place. This product must be operated by an adult.

- A pressurized aerosol can containing the freezing agent which is a liquid mixture of dimethyl ether, propane and isobutene. 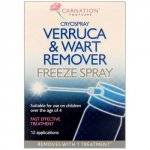 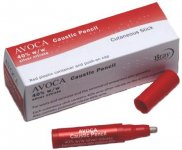 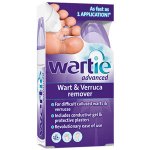