Every year it seems as if that pesky winter cough, that won't go away, is back for good. In the winter months the common cold is rife, with most people expected to suffer from a cold at some point. The common cold is a mild viral infection that affects the nose, airways, throat and sinuses and produces symptoms such as a blocked or runny nose, sneezing, feelings of being run down, a sore throat and cough. Although there is no sure fire cure for the common cold, this guide will help you to alleviate the symptoms of your winter cough. 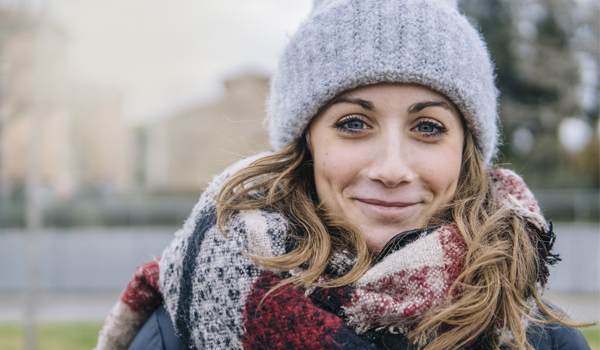 Why do we get Coughs and Colds in Winter?

Whilst you can catch a cold all year round, the chances of getting a cold in the winter months are significantly increased. It’s not that the virus is stronger in winter, or that becomes more contagious, but there are a number of factors that mean you are more likely to catch a cough or cold.

As the temperature drops, people tend to spend more time indoors. Spending time in close quartered areas, such as schools and offices, provides the perfect environment for passing around a cold.. During the majority of the winter, children are in school mixing with many other children; this can spread the common cold very quickly, which can then be passed onto their parents and so forth.

In addition to this, the dryness of the air in colder weather causes the cold to spread more easily. This is because the virus survives for longer in low temperature and low humidity environments.  The drier air also impacts on our own bodies, causing our nasal passages to become dry. Dry nasal passages means the cold virus can take hold more easily, making us more ill in the winter than we perhaps would be in the hotter summer months.

There’s a lot of talk surrounding different types of coughs but there are only really two types: productive or non productive coughs.
A productive cough produces mucus or phlegm, also sometimes known as a wet cough or a chesty cough. This style of cough may cause you to feel congested and your chest to feel tight. These coughs tend to be worse in the evening or morning when lying in bed, as this can cause mucus to pool at the back of the throat. Symptoms of a productive cough may also include breathlessness, wheezing and chest pain.

A non productive cough is one in which no mucus or phlegm is produced. These are often referred to as a tickly cough or dry cough. Dry coughs can often appear in winter as they are not only commonly caused by the cold virus, but they are also aggravated by cold air and changes in temperature. Both of these factors are most closely related to the winter season, giving explanation to the increased frequency of coughs during the colder months.

Catarrh and Congestion Relief
Chesty coughs involve a buildup of mucus and phlegm and can often leave people feeling congested. At Weldricks, we stock a range of products designed to help alleviate congestion, unblocking sinuses and removing catarrh. Pseudoephedrine is a common ingredient used in decongestant medications; it works by shrinking the blood vessels in the sinus passages, as dilated blood vessels are a common cause of congestion.

Both the Contac Non-drowsy Dual Relief capsules and Sudafed Decongestant tablets utilise Pseudoephedrine. Contact also contains paracetamol to help ease other symptoms associated with coughs and colds, including headaches, aches and pains. To specifically target catarrh coughs, a product such as Sudafed Mucus Relief Triple Action may be more suitable. It uses paracetamol to reduce temperature, phenylephrine to decongest, and guaifenesin to loosen and reduce phlegm buildup.

Chesty Cough Medicines and Liquids
Chesty cough remedies in liquid form tend to work by soothing the throat, loosening phlegm, and helping to clear the cough. Both Robitussin Chesty Cough and Covonia Chesty Cough contain guaifenesin, as used in many catarrh relief tablets. The Robitussin formula in particular is a cough expectorant that works by targeting stubborn phlegm, transforming a somewhat unproductive cough into a less frequent productive one, helping it to clear more quickly than if left alone.

As previously mentioned, dry coughs are known as unproductive and do not produce phlegm or mucus, which can be irritating, tickly and cause the throat to become extremely sore. Dry cough medicines work in a number of ways from soothing to suppression of the cough reflex itself. For example, the Covonia Cough Linctus Dry & Tickly mixture contains glycerol which coats the throat, helping to soothe the respiratory tract. Alternatively, products such as Robitussin Dry Cough mixture contain Dextromethorphan which suppresses the cough reflex, providing relief from dry cough symptoms, allowing the throat time to heal and eventually for the cough to pass.

Cough Sweets and Lozenges
Cough sweets and cough lozenges are a great method of relieving a sore throat whilst on the go. Many brands of sore throat lozenges tend to use antiseptic ingredients in order to alleviate throat infections, whilst others use anaesthetic ingredients to numb the pain. Some also contain mild antibiotics to help fight bacterial infections. Tyrozets combine the effects of tyrothricin (an antibiotic) and benzocaine (an anaesthetic) to numb the immediate symptoms of a sore throat and battle the underlying infection.
Antiseptic products, such as Strepsils, work on the same premise as antibiotics, using antiseptic ingredients to help ward off the underlying infection causing a sore throat or cough. Strepsils also come in a range of flavours such as soothing honey and lemon.

Throat Sprays and Rinses
Rather than lozenges, throat sprays and rinses can also be used to combat a sore throat. Sanderson’s Throat Specific Mixture provides relief for sore throats, hoarseness, and catarrh. It can also be used as a preventative gargle, warding off the winter cough before it has set in. Difflam also produce an oral rinse which contains Benzydamine Hydrochloride which works as an anti-inflammatory, reducing swelling within the throat and reducing pain.

For those who want fast-acting, targeted pain relief, a throat spray may be the answer. The Difflam Throat and Mouth Spray also contains Benzydamine Hydrochloride, however due to the spray format, it can be delivered straight to the point of pain, helping to ease irritation quickly. Benzydamine Hydrochloride has been proven to be more effective when applied directly to the point of pain, acting as a local anaesthetic, numbing the area. Alternatively, products such as the Ultra Chloraseptic Anaesthetic Throat Spray contain Benzocaine, a local anaesthetic. Acting in the same way, the directional spray ensures fast acting pain relief in the required area rather than numbing the whole mouth and throat.

Of course there are a range of other things you can do to help rid yourself of the winter cough. Arguably, the best way is to prevent yourself from getting one in the first place!
Coughs and colds are most commonly spread through touch. Think of everything you touch in a day on public transport, in the office, at the shops; the list is endless. Frequent handwashing is one of the most effective ways in preventing the spread of potentially harmful bacteria.

In addition to this, it is important to ensure you get enough sleep. It has been proven that a lack of sleep lowers immunity thus making it more likely you will catch a cough or cold. Diet also plays a large role in immunity levels. A diet rich in vitamin C helps to raise the immune system. Vitamin D, most commonly gained from sunlight, also helps the body to defend itself against harmful bacteria. Notoriously low during the winter months, it may be advisable to take a vitamin D tablet everyday alongside a vitamin C tablet, if your diet is lacking.

Finally, it is important to drink lots of fluids if you are suffering from a cough or cold. By keeping your body hydrated, it will produce less histamines, helping to ease congestion. Furthermore, drinking a high volume of fluids helps to prevent the build up of mucus resulting in a chesty cough.

Browse the full range of cough and cold products to find the best option for you. Need some advice? Why not pop into one of our branches to speak to a pharmacist.